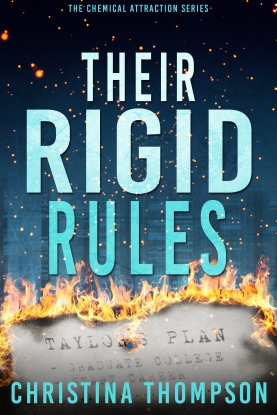 Some writers say they put bits of themselves into their stories. I, too, have incorporated parts of my life in my writing. I call it — Therapy. These are a few of my bits and pieces that sparked my series. (You may sense a Back in My Day theme as you read them.)

DID YOU KNOW Taylor and Eva’s dorm room isn’t set up like the dorms at Western Michigan University? Instead, it’s akin to the dorms at Nazareth College in Kalamazoo where I attended college. At my small college, two buildings had four floors each. The men were on only one of the floors since the campus first became coed in 1971. Shout out! Go Moles! (Yes, that was our mascot.)

DID YOU KNOW Holly’s Bistro on Westnage Avenue in Kalamazoo was a real place? Stuart takes Taylor to Holly’s on their first official date. My now husband Kraig and I had dinner there often while dating. Sadly, the romantic restaurant isn’t there anymore.

DID YOU KNOW Matt Connor’s son, David, started out as such a minor role that I used my son David’s name? I wanted a strong name, and my son’s was right there. Now, David Connor has become an integral character in the Series. I don’t regret naming him after my son, however, my David may receive flack for it. (Sorry/Not sorry, Son.)

Mark your calendars for the re-release of Their Rigid Rules on Wednesday, July 19th.

OR better yet, sign up for my newsletter and get a reminder:

(Signing up automatically enters you into the drawings for all my giveaways.)