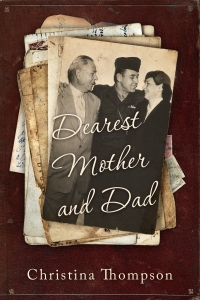 I’m changing direction once again. Why? Because I love a challenge. I started writing romance. Thrillers and espionage followed. Then I tried my hand at historical fiction.  I’ve adapted Chemical Attraction and The Garden Collection into screenplays—mostly to see if I could do it.  After many drafts, I believe I did a darn good job.

What’s my next project?   Thanks for asking.

This time, I’m working with a partner—my fifteen-year-old niece, who has an artistic soul. Maggie writes short stories and poetry. She plays the bass, violin, guitar, flute, and a little piano. This talented young woman composed the music to my book trailer Dearest Mother and Dad. (Listen to it HERE.)

She enjoys trying new things like I do. She has even acted in the high school productions of Annie and Cinderella. I’m in awe of her vision and creative voice. I think she’s the perfect partner to help me adapt my novel Dearest Mother and Dad into a stage play.

I had pictured my other novels as movies when I wrote them. Dearest was different, but I couldn’t put a finger on why until a recent conversation with my sister, Trish. She thought it would make an interesting play. A lightbulb went off as we visualized the scenes on the stage. Later, she mentioned it to Maggie, who texted me with “love the idea”.

Bam! I found a partner for this passion project. (After all, it is based on her grandpa’s letters to his parents during the Korean War.) I have a feeling I’ll learn a lot from her.

I can’t wait to see how this turns out. Updates to follow. In the meantime, you can find Dearest Mother and Dad on these sites:

Thank You for the Awesome Reviews! I’m so proud of this book.

“Thompson has composed a magnificent story that brings the Korean War to life with unforgettable characters that you truly care about and who stay with you long after the pages run out. I absolutely loved this book and will recommend it highly!”

“Set during a time of war, this is a beautiful love story between a son and his parents, especially his mother, and the unbreakable bond between friends. Especially poignant knowing the story is based on actual letters.”

“Feel the true emotions of war. A wonderful story of the Korean War with unforgettable characters.”

Dearest Mother and Dad on AMAZON 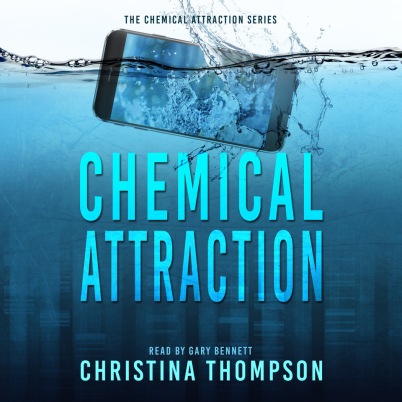 Although Chemical Attraction is the third book in the Series, it can also stand on its own as Joe’s life finally heats up. Destiny’s grand plan brings him and Madeline together when they need each other the most, saving lives throughout their journey.

“Explore sinister scientific research and the intense chemistry of love and lust.”

Dr. MADELINE PIERCE, a dedicated scientist, has pain in her heart from an abusive relationship.  With her Ice Queen persona set, she hides within the realm of her research.

His charisma hiding his loneliness, FBI Agent JOE ROBERTS is a womanizer on the surface.  Deep down, he’s searching for an instant chemistry with his soulmate, the one person who will love him “for” his faults not “in spite” of them.

When Madeline discovers discrepancies at her medical research facility, the FBI sends Joe as a courtesy.  They soon realize they have bigger issues to deal with other than their Chemical Attraction.

I firmly believe in the Synchronicity of the Universe. All of my life’s choices, good and bad, steered me toward writing this story. What do you think about Synchronicity? Is it Destiny? Coincidence? Hooey? Hokum?

Thanks for stopping by.

THE AUDIOBOOK OF CHEMICAL ATTRACTION 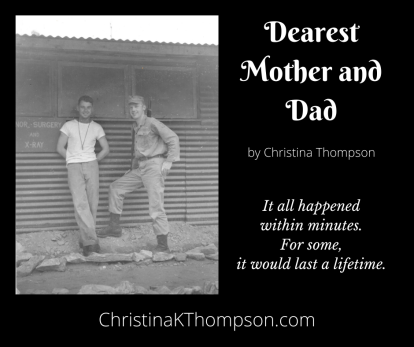 Disclaimer: this information may be obvious to most.

I admit history was not my favorite subject in school. I’m not even sure we covered the Korean War in high school. (Before you smartasses say something snarky about the Korean War was a current event to me back then, I graduated in 1985. I’m old—not that old.)

It wasn’t until I married an enthusiast who liked to spout historical facts that I started to pay any attention. He talked about the people in history rather than the dates, which was more interesting. That’s one of the reasons I found this project challenging. I had to match dates with battles from Dad’s letters. I was taking tests in high school again.

One of the things that confused me at the beginning of my research was the M.A.S.H. unit. My only reference to the Korean War as a kid was TV’s M*A*S*H. Our whole family watched it. Well, Dad didn’t. Mom said he was a corpsman at one. It didn’t seem so bad with all the jokes and hijinks. Dad hated that show. Now, I understand why.

However, as I read Dad’s letters, he referred to Able Med as the place he spent much of his time during the war. My husband’s knowledge of random historical facts didn’t help in this instance. It wasn’t until a week into my fact checking that I understood M.A.S.H. units were for the Army and Med Stations (like Able Med and Easy Med) were for the Marines.

Navy Corpsmen worked with the Marines. The Army equivalents were Medics. The light bulb above my head brightened. It all fell into place for me. Now, I could focus on creating characters who told me their story—my favorite part of writing.

I’ve since learned that Navy corpsmen aided the Marines in a variety of places in Korea: the Battalion Reserve hospital in the rear, Medical Evacuation hospitals close to the front, Forward Aid stations just behind the fighting, and the front lines patrolling with the Marines.

How about that? My husband learned something from me about history.

Add Dearest Mother and Dad to your GOODREADS list

Corpsman Orrin Connor’s faithful letters with a touching twist shield his parents from the horrors of war. His buddy Rawley Armstrong’s poignant letters give his sister the harrowing truths. Throughout their dangerous assignments during the Korean War, they debate the consequences of their choices. Orrin gains comfort in downplaying his experiences while Rawley feels a healing purge. As they get to know the Marines in their charge, the corpsmen gather a variety of opinions. Although Orrin and Rawley disagree, their friendship remains true until the bitter end.

“It all happened within minutes. For some, it would last a lifetime.”

Based on her father’s letters to his parents throughout the Forgotten War, author Christina Thompson has produced this work of historical fiction to pay tribute to Navy corpsmen by remembering their service to their brothers and their country. Imagining her father had guarded his parents from the carnage of war, Christina elaborates on what could have happened while staying true to the dates and experiences her father shared in his actual letters.