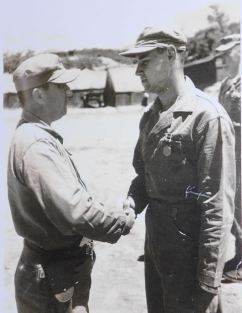 My inspiration for writing has come in many forms: the loving connection I have with my husband, the vitality I see in my adult children, and the trust I have in knowing my family has my back. One particular moving memory has stayed with me for years. It’s still fresh in my mind.

As part of the Honor Our Veterans program at school, my daughter asked her grandfather to speak to her fourth grade class about his experiences during the Korean War. He agreed. With his folder of transparency pictures for his presentation, he and I arrived at Steeby Elementary. My dad rarely spoke about that time in his life, so I was eager to hear what he had to say.

In the First Marine Division of George Company, he had served as a hospital corpsman and medic in an M.A.S.H. unit. He had assisted the doctors and nurses in prepping wounded soldiers for surgery. As he talked about his duties, he showed various pictures of him and his buddies in front of their army tents. My mind flashed to Klinger, Rizzo, and Radar.

A boy asked if he had killed anyone. He hadn’t. The closest he had gotten to battle was when he had volunteered to go to the front lines to bring back injured soldiers.

“Weren’t you scared?” one of the girls asked.

“No,” he replied, “even though I volunteered, I felt I didn’t have a choice. Those injured men needed my help.” He shared a picture of him receiving a commendation medal.

I never saw that picture. I never knew about the medal. I never even heard the story. My siblings and our mother hadn’t either. When I asked him why he never shared it, he shrugged and said someone stole the medal the next day. 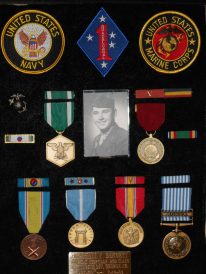 Hoping to get him a replacement, my mom contacted the American Legion. A year later, a package arrived with his commendation medal and four others he had been awarded.

That phrase stayed in my head. He did have a choice; he chose not to have one. It’s a quality my protagonists have in many of my stories—to put someone else’s life ahead of themselves. Following a long line of servicemen in my family, my son continues to inspire me by also dedicating his service to his country.

Thank you again for allowing me to share this memory. What has inspired you lately?